Elements Europe’s most recent project has marked a significant milestone for the company. The total output of modules and pods has now reached the 15,000 mark and is climbing week by week.

“We are seeing a record number of enquiries coming into the business from contractors and developers. This certainly reflects the validity that now surrounds offsite construction and how the construction industry is seeing modular as the answer to some of the issues surrounding traditional methods.” Commented Kevin Arthur, Director.

Elements Europe relocated their manufacturing facility three years ago from Oswestry to Apley in Telford. 266% more manufacturing space meant that it could meet the future demand it anticipated. It also meant that supporting teams could be expanded and importantly be located under one roof increasing efficiency.

In the last three years since the move, demand that was anticipated has certainly prevailed and as offsite construction has evolved from a hot topic in the industry to being identified by the government and other industry advocates as a serious and valid method of construction, Elements Europe is booming.

Elements Europe has been modular supplier to some major projects including Essential Living’s 23 storey residential tower in Greenwich which was cited in a white paper from the Government underpinning support for modular construction. Elements Europe has also supplied BCEGI’s Middlewood Locks development in Salford, The Collective’s Baltimore Wharf development, Mount Anvil’s Kampus development in Manchester and Pocket Living’s £30 million development which is set to be one of the UK’s tallest modular residential builds.

This is just a handful of the projects Elements Europe has been modular supplier for in the last 18 months and interestingly all of the above are residential and PRS developments, reflecting the Governments push for modular housing to turn around the UK’s housing crisis. 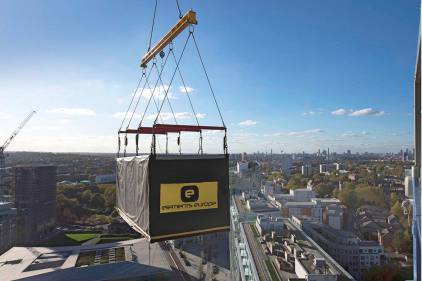