It has been reported that the residential sector continues to drive record levels of real estate development in Manchester for the third year running.

According to Deloitte Real Estate’s annual Manchester Crane Survey, 3,345 more units are under construction compared to the same time last year and the projected delivery over the next three years is greater than the total number of residential units delivered between 2007 and 2018.

The good news is modern methods of construction is featuring heavily in these exciting developments, some of which we are proud to be delivering a bathroom pod solution for clients Morgan Sindall, BCEGI, Mount Anvil, John Sisk, and Russell Construction.

Elements Europe has just started manufacturing 300 bathroom pods for the final phase of the New Bailey residential scheme, being developed as a joint venture between Muse Developments, Legal & General and Homes England through the English Cities Fund.

In the south of the city client John Sisk has received its first delivery of bathroom pods for its residential scheme Circle Square, an eight year project being delivered in three phases. Here, Elements Europe is manufacturing a total of 1206 pods which have also been manufactured floorless, a request that is becoming increasingly popular in residential and private rental sectors.

589 bathroom pods were manufactured and delivered to Mount Anvil’s Kampus residential development and are all now installed.

In the hotel sector 288 bathroom pods will shortly be manufactured for a new Motel One hotel in the city centre, one of nine new hotels under construction in the city, four of which including this Motel One is being construction within the city’s core, taking the total number of hotel rooms in the city to 10,000.

Manchester is booming thanks to its thriving job and tourism market as well as its student community which is only set to continue making for exciting times for this progressive northern city. 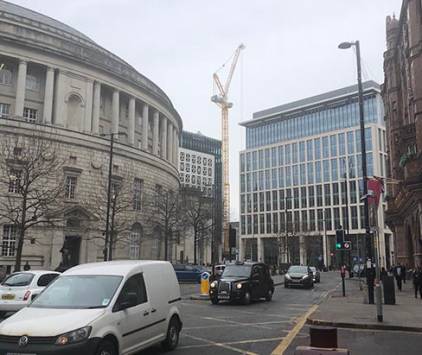