Liberal Democrat MP, Lembit Opik, has thrown his weight behind an Oswestry company’s attempts to provide a solution to the affordable housing market.

The Montgomeryshire MP’s support follows his visit to the Royal Welsh Show where he saw Ty Unnos, a two-storey modular house built in less than 12 hours by Elements Europe, the Oswestry based offsite construction experts, part of the Pickstock Group of companies.

And now the MP is calling for cross-party support for the scheme which he claims will provide around 30% of the answer to overcrowding and first-time buyer barriers-to-entry and provide employment for his constituents.

“Since I first visited the factory where these modular homes are constructed, I’ve been utterly convinced of their importance to solving basic problems like overcrowding and the cost of a first home,” said Mr Opik.

“It’s a very high-quality product, and, at ‘code 4’, remarkably energy efficient. This is one of those ideas whose time has come.

“Its success will reduce pressure in the housing market, reduce emissions in the atmosphere, and bring jobs to our region. It’s a triple win, and I sincerely hope politicians will endorse a common sense solution to the pressing problems of housing and climate change.

“The Pickstock Group has earned every penny of its success through an ethical operation and innovative design. This follows on in that tradition and really represents where we should be heading in the 21st-century homes fit to live in which don’t cost the earth,” he added.

So-called because of its Welsh timber frame superstructure and the speed of its construction, Ty Unnos literally translates from Welsh as ‘House Overnight’.

Made from low-density timber, Ty Unnos is very lightweight and yet exceptionally strong. A unique laminating process and clever beam, column and joist arrangements result in a sturdy, load-bearing structure.

Ty Unnos, which began as a collaborative project by Coed Cymru, the Design Research Unit at the Welsh School of Architecture (WSA) and Bangor University two years ago, has clinched a string of awards for innovation, sustainability and design.

Ty Unnos Modular, a volumetric housing system based on the original concept, is now being developed by Elements Europe and is expected to be launched to the affordable housing market by the end of this year.

Kevin Arthur of Elements Europe said it would be possible to build a two-storey house for around 93,000 including land purchase, external treatment and foundation.

“It would be the full turnkey package,” he said.

“Ty Unnos is a quality modular alternative which will provide affordable and sustainable homes. The product ticks all the right boxes. It is aimed at the affordable housing market offering the purchaser the highest factory manufactured quality while exceeding the government’s parameters for sustainable development”.

“Ty Unnos will make a real difference in the provision of affordable properties and the timing could not be better as the property market begins to see signs of improvement.” 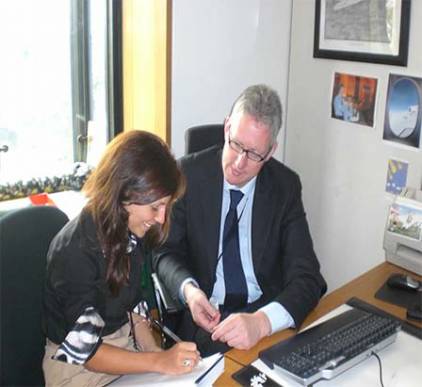