The first six bathroom pods have been installed into New Victoria a build to rent project in Manchester’s city centre by Vinci, for Muse Developments.

These initial six pods have been installed into the show apartments of this £130 million development, to allow potential buyers to view the apartments well in advance of completion. When finished the development will provide 178 one-bed, 286 two-bed and 56 three-bed apartments to the city within two towers, one 20 and one 25 storeys high.

Elements Europe has manufactured two types of pod, one main bathroom pod featuring bath and shower and an ensuite shower pod.   All are being manufactured floorless to allow for a consistent floor level throughout each apartment and pods feature large grey landscape tiles, wall hung sanitaryware and large mirror with towel rail. Delivery and installation of the remaining 860 pods will begin at the end of this month.

New Victoria, on Corporation Street near Victoria Station is being developed by Muse Developments, using Manchester based architects Sheppard Robson. Muse is one of the country’s leading names in mixed-use development and urban regeneration. 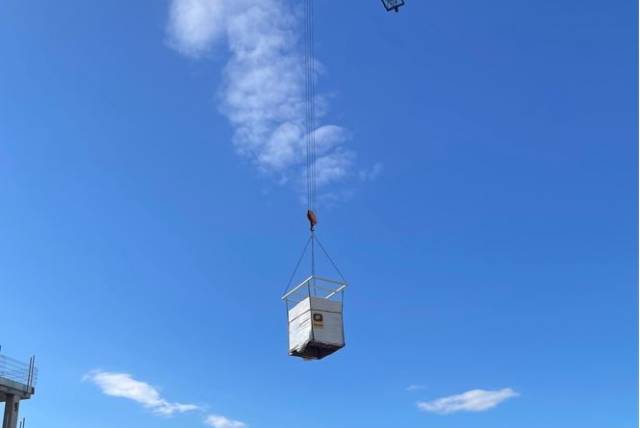