Elements Europe is partnering with Shropshire construction experts in a campaign to help the ailing building industry.

Elements Europe and the Shropshire Constructing Excellence Club are asking the Government to consider the benefits of new building methods to get the sector back on its feet.

The Oswestry company represents a new approach to the development and delivery of off-site construction solutions, creating modular and pod-style buildings at their West Midlands base.

Kevin Arthur of Elements joined Carl Huntley, Ray Philpin and David Chiva of the Shropshire Constructing Excellence Club in talks at the House of Commons with MPs Iain Wright, Parliamentary Under-Secretary Of State for Communities and Local Government and David Wright, Labour MP for Telford.

Kevin Arthur said that innovative modern construction methods were being stifled by expensive testing costs and higher construction prices as the result of new standards.

“We are asking the Government to consider proposals which will support the industry through difficult times,” said Mr Arthur.

“If the Government can back our proposals then we look forward to working our way out of this recession.”

Proposals put forward by the group for the Government to consider included; assistance with certification and testing; grant funding to assist with sustainable and affordable housing targets; addressing unemployment through offsite construction and support for initiatives to support the construction industry.

The MPs were told about the groundbreaking ‘house-in-a-day’ project which will see a two-bedroom, highly sustainable, modular affordable home constructed at Telford College of Arts and Technology on June 11 by Elements Europe, using their award-winning Ty Unnos modular pod technology. 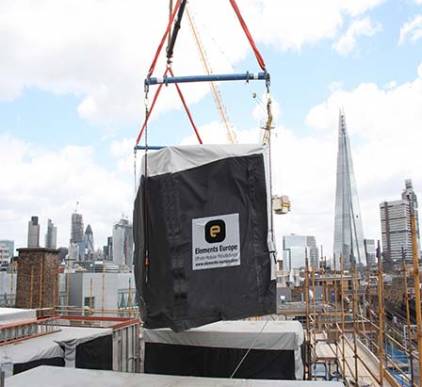