Bathroom Pod Win with Motel One

Elements Europe has again secured a contract with Motel One to deliver Bathroom Pods for another of its brand new hotels.

Elements Europe will manufacture and deliver 350 Bathroom Pods as well as 24 access Bathroom Pods to its latest hotel development in Glasgow’s city centre.

Manufacture has recently commenced in the factory and Bathroom Pods have already started to be delivered to site.

Its aesthetics is what sets this German hotel brand apart. The Pods will reflect the high-quality nature of the Motel One brand with its black, cream and white colour scheme, walk-in shower enclosures with black shower trays and countertop sinks.

The £22 million development which is set to be the largest Motel One in Scotland is being constructed by Ogilvie Construction, a contractor Elements Europe has worked alongside previously to deliver Motel One in Edinburgh.

“We are delighted to be delivering yet another Motel One development” commented Kevin Arthur, Director at Elements Europe.

“The team will be working very closely with Ogilvie Construction in the coming months to ensure Bathroom Pods are delivered to site in line with the build schedule to ensure a seamless install” he added.

This win has been closely followed by Motel One Manchester where Elements Europe has recently successfully delivered 279 Bathroom Pods to its Cross Street development which has seen an old office block being converted into a Motel One Hotel. 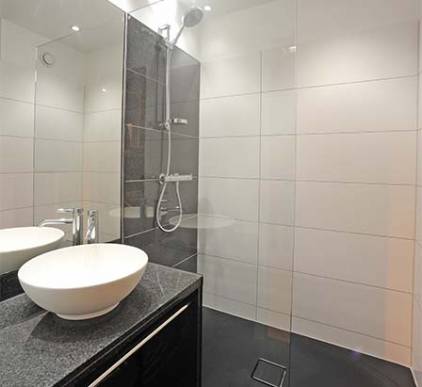